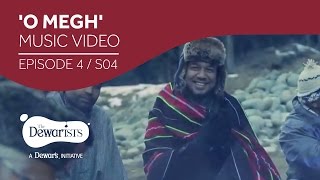 Recently released on MTV's "the Dewarist's" this song heavily features my cello. Kashmir bears witness to the fourth collaboration of this season, where Shantanu Moitra and Papon create a song inspired by Tagore’s poem, ‘O Megh’ — a tribute to a child’s imagination and his dilemma at leaving his mother behind while he’s tempted to go and play with clouds and waves. In Kashmir, they meet local poets who introduced them to local traditions via Bhand Pather’s performance. As

Benny Oyama releases "The day she began to fly"